If you are going to wear one.. at least make it pretty!

We have done several helmet blogs in our time. Mostly rants about the law compared to other countries. Sometimes it's just easier to wear one so you don't get screamed at by every jackass on the street or in passing cars. This has been my stance of late, a big 'just leave me the heck alone'.

Anyhoo my helmet was looking  shabby due to the fact I kept bumping it on everything and chipping the paint... 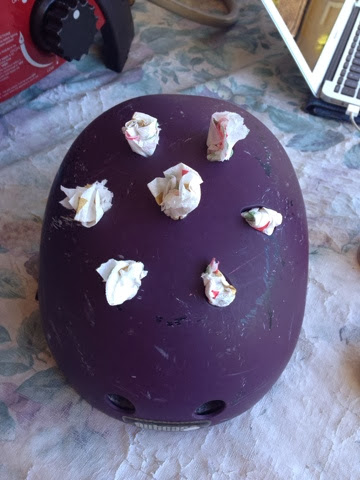 So I stuffed paper towel in all the holes, covered the underside with some tape around the edges and went to town with the silver spraypaint! 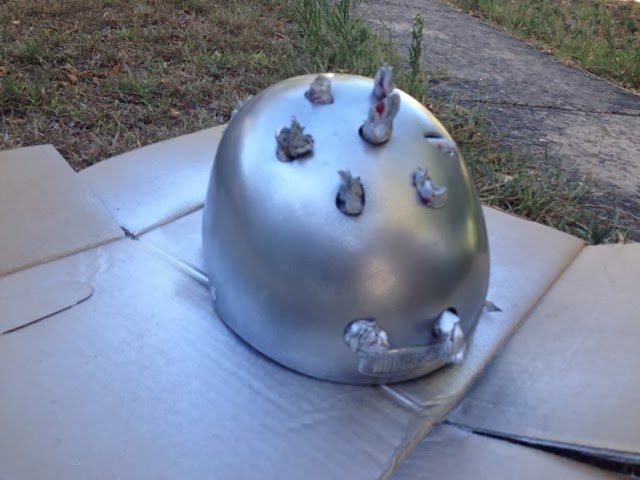 After all if you are going to wear the bloody thing, at least make it match your shoes.. 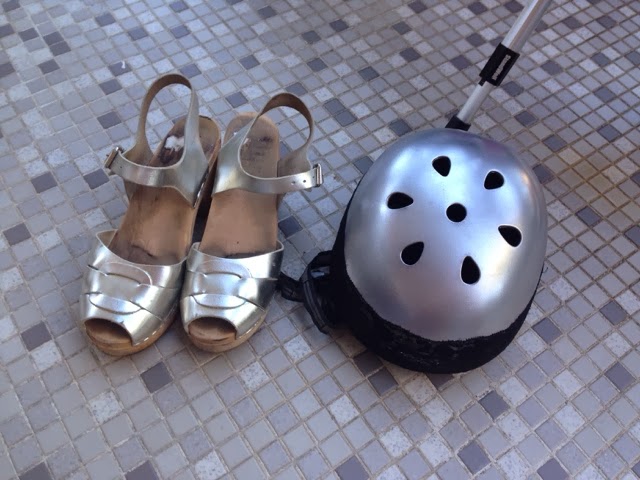 I also added a simple lace black headband so I wasn't such a chrome-dome.. 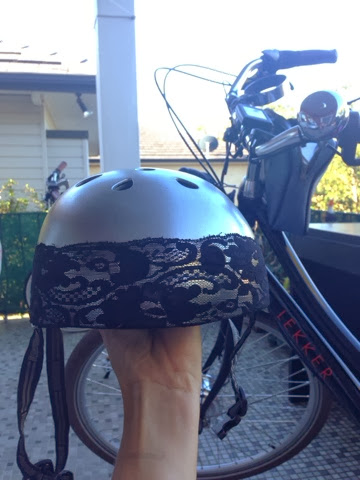 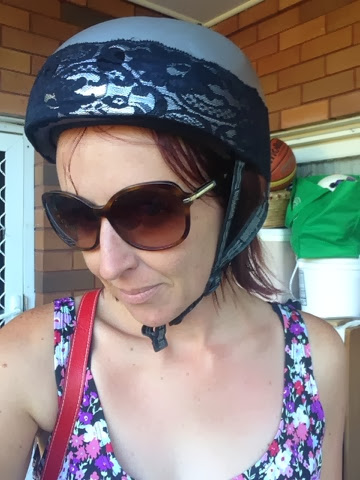 Aargh helmets, I'm wearing one, now if only all those same people (the yelling types) would at least give me a metre's space I'd think it worth it!
Posted by K-star at 10:00 PM

We ride bikes in sydney's innerwest.

Join our Bike Gang, we're the best sort of gang.

More Cool Kids (some with bikes)